by Jason Roberts - The Sector
News

Federal Minister for Education Dan Tehan has announced a new set of emergency support measures to support the early childhood education and care (ECEC) sector in Victoria in light of the move to Stage 4 lockdown in Metropolitan Melbourne and Stage 3 in Regional Victoria announced 2 August 2020.

The key measures, that are to come into effect on 6 August 2020 are confirmed as:

Importantly, a separate measure has been put in place for any service that receives Child Care Subsidy (CCS) that is equal to or lower than 50 per cent of their total revenue and that has seen attendances fall below 30 per cent.

Services meeting these criteria will instead receive top up payment of between 10 per cent and 25 per cent depending on their specific circumstances in addition to their current 25 per cent Transition Payments.

How much will a service located in Metro Melbourne now receive?

They will receive a new Top Up Payment directly from Government equal to 5 per cent of revenues in the reference period which, like for the ECEC Relief Package payments, will be the fortnight ending 1 March 2020.

This payment will be in addition to the 25 per cent Transition Payment currently being received.

But won’t our service also be able to receive CCS for non permitted worker parents not attending?

In theory yes, but only if the child’s bookings are marked as absent and count towards allowable absent days.

If they do this, then the service will continue to receive the child care subsidy (CCS) for their fees from the Government without families having to pay the gap fee.

So it is important that a service encourages allowable absences to be used?

Yes, it is essential.

The whole package is based around the assumption that allowable absences are being used and that’s why in this latest package the number of days was increased by 30.

Without this part of the package the viability of the sector and all of the services, and their employees, within it are at risk. It is essential that services proactively engage families to ensure they take their allowable absences.

That means that if a family has one child that attends 3 days a week there are sufficient absences for 10 weeks. Given the lockdown is set for 6 weeks, that should be more than enough.

So how did Mr Tehan arrive at the 80 per cent of revenue mark?

Mr Tehan’s comment is based on a set of assumptions that have not been made public however by working through an example, it is possible to see that where his estimates may come from.

This service receives 45 per cent of its fees from families as gap payments, and 55 per cent from the Government in the form of CCS.

As a result of the Stage 4 restrictions 90 per cent of their enrolled families will no longer be able to attend because they are not permitted workers. The other 10 per cent will attend as normal.

Families that will not be attending the service use their allowable absences and in so doing enable the CCS component of their fees to be paid.

So the total fees, both gap and CCS received will be $3,281 or 58 per cent of current revenues.

These, assuming revenues are the same as currently, will see the service receive $1,406 plus $281 respectively.

*It is important to recognise this is an example and all services will have different inputs and therefore outputs but regardless of specific service circumstances the example provides an indication of the framework to be applied when considering the financial impact of this latest announcement.

But what about if our service has a CCS percentage of less than 50 per cent?

This is a key point. Those services that receive less CCS from the Government would be at a serious disadvantage from those that receive more without any fault of their own.

To address this the package includes a special provision that will see larger top up payments flow to services with less than 50 per cent CCS that have seen enrolments fall by 30 per cent.

The Top Ups for eligible services will be between 10 per cent and 25 per cent depending on their specific circumstances and be paid in addition to the current 25 per cent Transition Payment.

Are there any conditions to receive the new Top Ups?

Although complete details have not yet been published it is understood that the rules are similar to the existing Transition Payment scheme in place with no fee increases and employment guarantees being mandatory.

And what about if my service is located outside of Metropolitan Melbourne?

This package is only for services in the 31 designated metropolitan local government areas across.

The Sector will continue to cover announcements and policy changes as they come to light. To access all relevant statements and transcripts from the Federal Government, please see here.

Written by Jason Roberts, The Sector for Kidsoft
Jason is the founder and CEO of The Sector. He entered the ECEC sector in 2013 as CEO of G8 Education. He spent four years in senior executive positions before transitioning out of the business in January 2018. His time at G8 has given him a very valuable insight into the managing of large child care business and all the successes and challenges that come with them. Since leaving G8 Jason has continued to actively consult to the ECEC sector as an advisor, and work toward launching The Sector website. 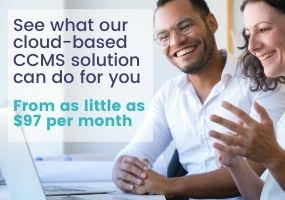